Menu
SeeSaw QR codes for logging in have been sent out. Please log yourself in and complete the tasks set by your class teacher.

This week, in English lessons, we will be focusing on the features for an internal monologue, in preparation from writing our own from Theseus' and Ariadne's viewpoints.

In today's lesson we will be identifying the features of an internal monologue. Read this WAGOLL (What a good one looks like), which is from the viewpoint of King Minos. He is thinking about his decision to feed Theseus to his son (the Minotaur). Can you find; fronted adverbials, ellipsis, cohesive devices and rhetorical questions?

Today we will be looking at different tenses in the lesson. 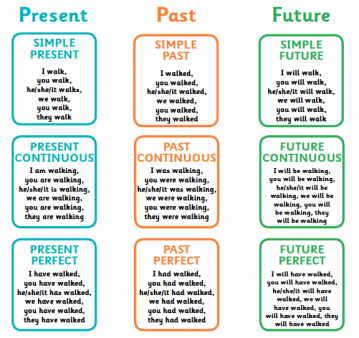 Complete the 2 activities using this to help you.

Today we will focus on using cohesive devices in out writing. This year we have looked at; repetition, adverbials, prepositional phrases and subordinate clauses. Write some sentences to describe the labyrinth using the different cohesive devices.

Today we will focus on the use of ellipses in writing. Have a go at writing some thoughts some of the characters may have using ellipses to show that they pause for thought.

Today's lesson will focus on finding and using prime numbers. Watch this video and this one to help you understand what a prime number is and then complete the worksheets below which include a prior knowledge activity and a worksheet.

Wednesday Maths -
In today's lesson we will look at multiplying numbers, including decimals, by 10, 100 and 1000. Watch this video to help you and them complete the work below.

Today we are going to be looking at simplifying fractions. Watch the video and then complete the attached worksheets below.

This week we will be looking at the ancient Olympics and comparing them with modern day Olympics.

This week we will continue to look at Jesus at the start of the New Testament.

Joseph Accepts Jesus as His Son

18 This is how the birth of Jesus the Messiah came about: His mother Mary was pledged to be married to Joseph, but before they came together, she was found to be pregnant through the Holy Spirit. 19 Because Joseph her husband was faithful to the law, and yet did not want to expose her to public disgrace, he had in mind to divorce her quietly.

20 But after he had considered this, an angel of the Lord appeared to him in a dream and said, “Joseph son of David, do not be afraid to take Mary home as your wife, because what is conceived in her is from the Holy Spirit. 21 She will give birth to a son, and you are to give him the name Jesus, because he will save his people from their sins.”

22 All this took place to fulfill what the Lord had said through the prophet: 23 “The virgin will conceive and give birth to a son, and they will call him Immanuel”(which means “God with us”).

24 When Joseph woke up, he did what the angel of the Lord had commanded him and took Mary home as his wife.

The Magi Visit the Messiah

2 After Jesus was born in Bethlehem in Judea, during the time of King Herod, Magi from the east came to Jerusalem 2 and asked, “Where is the one who has been born king of the Jews? We saw his star when it rose and have come to worship him.”

3 When King Herod heard this he was disturbed, and all Jerusalem with him. 4 When he had called together all the people’s chief priests and teachers of the law, he asked them where the Messiah was to be born. 5 “In Bethlehem in Judea,” they replied, “for this is what the prophet has written:

6 “‘But you, Bethlehem, in the land of Judah,
are by no means least among the rulers of Judah;
for out of you will come a ruler
who will shepherd my people Israel.’”

7 Then Herod called the Magi secretly and found out from them the exact time the star had appeared. 8 He sent them to Bethlehem and said, “Go and search carefully for the child. As soon as you find him, report to me, so that I too may go and worship him.”

9 After they had heard the king, they went on their way, and the star they had seen when it rose went ahead of them until it stopped over the place where the child was. 10 When they saw the star, they were overjoyed. 11 On coming to the house, they saw the child with his mother Mary, and they bowed down and worshiped him. Then they opened their treasures and presented him with gifts of gold, frankincense and myrrh. 12 And having been warned in a dream not to go back to Herod, they returned to their country by another route.

The Jewish followers of Jesus gradually began to believe that Jesus was this Messiah, and that he fulfilled the prophecies. In the attached worksheet look for and highlight some of the evidence in Matthew’s Gospel that led Christians to believe this. What clues are there that Jesus is the promised Messiah? Link each of the expectations by highlighting or drawing a line to one or more clues in the text. (Most Jewish people at the time did not believe Jesus was the Messiah — and Jewish people today still do not think he was.)

Extra Art Lesson:
Use the Home Learning Project 1 from our school Art page to learn more about printmaking from home. The project details can be found here: https://www.andover-pri.hants.sch.uk/home-learning-project-1/
Top
Cookie information
Cookie Notice